Do You Have A Question to ask?
Click Here To Get An Answer! 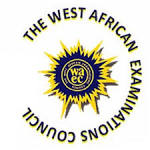 Literature In English Drama and Poetry Questions And Answers.

10)
The mood is gloomy and sober with a corresponding tone of lamentation and pessimism. There appears to be a shift in tone in the last stanza as he expresses hope but he ends the stanza on a pessimistic note. As a result of the many years of failed governance, the country experiences all kinds of social problems like violence, robbery, insurgence, kidnapping thus becoming a sabre-toothed tiger/a giant hawk . The youths and elder statesmen refrain from agitation for fear of being persecuted or repressed by government: While infants shudder home/the grizzled ones snatch their gut/from bayonets of tribulation/halting venturous walk at dusk . In the last stanza, while the poet looks forward to a generation that will take the nation out of its hopeless state toward the shore of possibilities, his hope is threatened by the ravenous nature of the ruling class: The land lies patiently ahead/ awaiting in ambush , ready to devour the future change- agents.
====================

12)
-Language and tone-
i) The instinctive inclination of the child to learn is suggested by learning itself taking place in a ‘bower', a natural structure. This also suggests that children learn from nature, from their daily living
ii) This contrasts with the unnatural character of the school. The oppressive nature of education is highlighted by emphasising the vulnerability of the child and its associated metaphors of bird and plant: ‘little ones', ‘drooping / droop', ‘worn thro', ‘tender'
iii) The child's unfettered life is associated with words of energy and pleasure: ‘love to rise', sing', ‘sweet', ‘joy', ‘youthful spring'
-A child's perspective-
i) The content of this poem seems to be from the standpoint of an innocent child. However the dictionand style are quite sophisticated. The speaker uses expressions one might expect in eighteenth century poetry, for example, ‘The distant huntsman winds his horn' and ‘learning's bower'.
-rhetorical devices such as-
i)Extended rhetorical questions
ii)Exclamation and apostrophe (‘O!father and mother')
iii)Repeating a pattern three times.
====================

AFRICAN DRAMA
2) Santigi is the king if the village of mando. He is a good and Just king who rules his people well. He is an impartial king. He is the father of kindo. He was deceived by maligu to support the strangers coming to the village. He easily trust people and that is why maligu capitalised from that to deceive him. He is highly respected. As a king of mando, He counts on white head's promises that he will establish school to teach his people. He feels happy that his people will soon know how to read and write. As an impartial king, he banished kindo, his son, who committed murder. This rare trait is hardly found these days among kings. His interest as a king is, for the village to be peaceful and progressive. This is a mark of good leadership. He is a quintessence of good leadership, impartial and truth.
====================

Back to posts
Comments:
[56months ago] Johnny bravo :
Reply Report

Exams Answer Portal
( Input The Pin Sent To You By The Portal Here For A
Specific Subject. )

Dear Guest, Are u Writing 2022 JAMB, WAEC and NECO EXAM ? Click Here to Submit your Phone Number for Free Updates

Face Of The Week

We will send you sweet updates like "JAMB", "WAEC", "NECO" etc. With other schools updates once per day, Just enter your correct email, then prove you are human, login to your email and verify it, that's all..

And don’t worry, we hate spam too! You can unsubscribe at anytime.

ABOUT US
Campusbase is your news, entertainment, educational news and exam runs website. We provide you with the latest breaking news and schools updates.